Do your part, know your heart

MORGANTOWN, W.Va. – In conjunction with Heart Failure Awareness Week, Feb. 9-15, heart physicians all across the country, including those at the WVU Heart and Vascular Institute, are informing patients, their families, and individuals at risk about the severity of heart failure and the importance of early diagnosis and treatment. 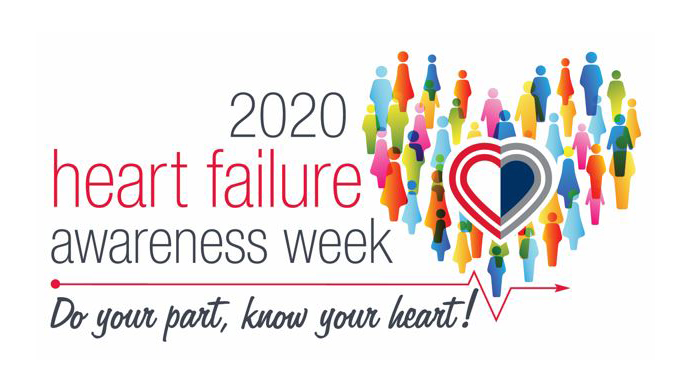 According to the Heart Failure Society of America, heart failure is the only major cardiovascular disease on the rise and causes more hospitalizations than all forms of cancer combined. An estimated 400,000 to 700,000 new cases of heart failure are diagnosed each year, and the number of deaths in the U.S. from it has more than doubled since 1979, averaging 250,000 annually. In comparison, the death rate from coronary heart disease has dropped by 49 percent over a similar period. An estimated $8-15 billion is spent each year on the costs of hospitalization due to heart failure, which is twice the amount spent for all forms of cancer.

Heart failure affects more than 6.5 million Americans, but many are unaware of it because the common symptoms – shortness of breath, fatigue, ankle swelling, and chest congestion – are often mistaken for signs of aging.

Heart failure is not a heart attack but a progressive condition in which the heart’s muscle becomes weakened after it is injured from something like a heart attack or high blood pressure and gradually loses its ability to pump enough blood to supply the body’s needs. While there is currently no known cure for heart failure, early diagnosis and proper treatment can offer patients a more normal life expectancy.

At the WVU Heart and Vascular Institute, a multidisciplinary team consisting of pharmacists, specialty-trained nurses, exercise physiologists, social workers, dietitians, and physician team members work together to ensure optimal patient care is achieved. This team is the only multidisciplinary team in the state that offers care for advanced heart failure, mechanical circulatory support, pulmonary hypertension, and heart transplants.

“By bringing our heart transplant program online, we are now able to offer heart failure patients the most multidisciplinary, comprehensive care possible right here in West Virginia,” George Sokos, D.O., director of the Advanced Heart Failure Program at the WVU Heart and Vascular Institute, said. “Patients who once had to leave the state or region to receive treatment can find it right here close to home.”

For more information on the WVU Heart and Vascular Institute, visit WVUMedicine.org/Heart.