MORGANTOWN, W.Va. – WVU Medicine Children’s, the state’s only Children’s Miracle Network Hospital, has partnered with Nexstar Media Group to host a Mediathon on Wednesday, Nov. 13, in conjunction with the WVU Day of Giving to raise funds that will help patients and families in need of life-changing care. 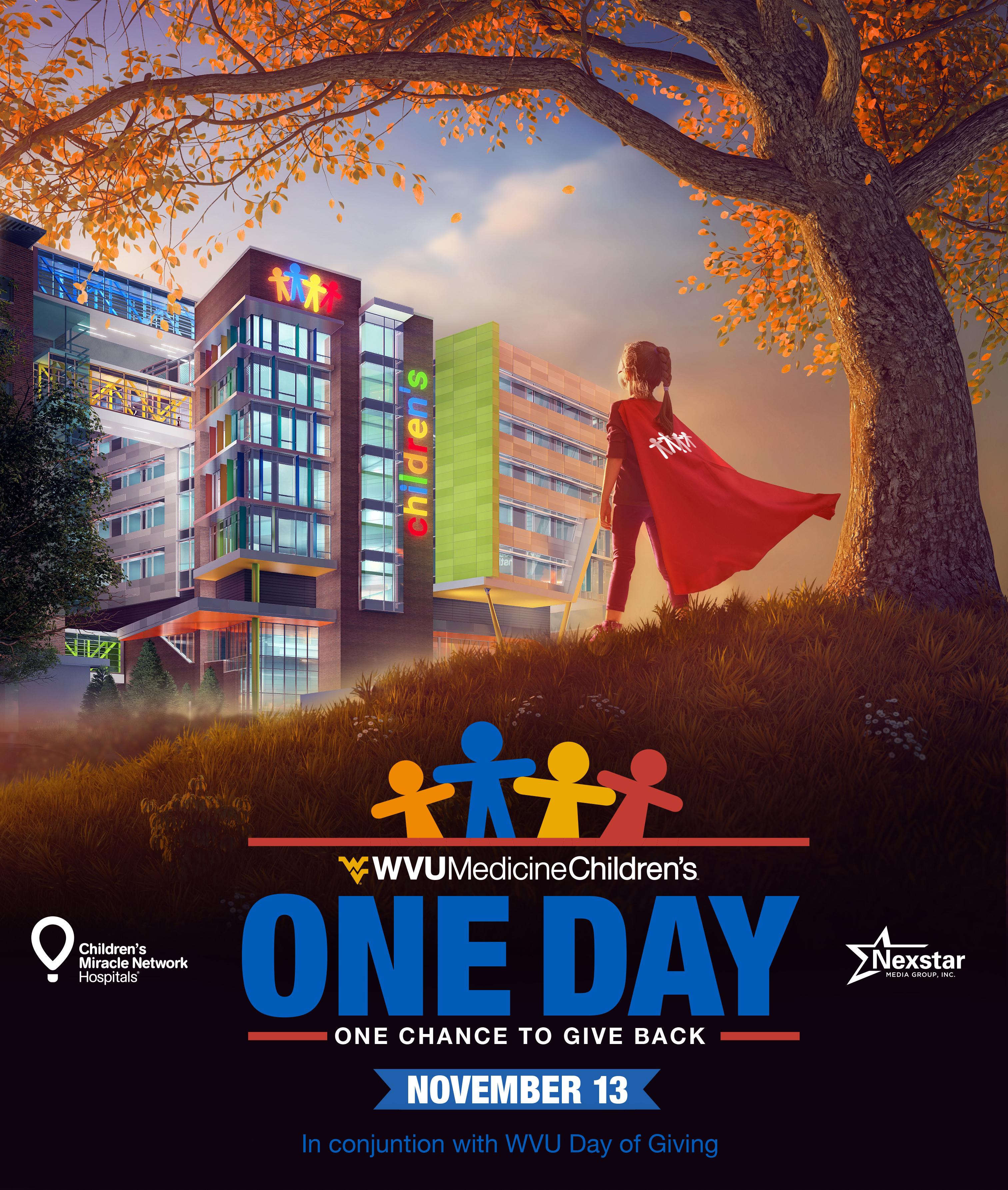 “We’re so excited about the partnership with Nexstar because it offers a much better opportunity to tell our story than merely talking about it. Through video, we will show folks all over the state and region what the new hospital will look like with an animated virtual tour. They will get to meet some of our dedicated providers. Most importantly, we will tell the stories of our miracle patients,” Amy L. Bush-Marone, R.N., B.S.N., M.B.A., C.N.O.R., chief operating officer at WVU Medicine Children’s, said. “We think this will be a powerful tool to not only raise awareness for the new hospital but to raise crucial gifts for our $60-million capital campaign.”

The Mediathon, presented by Toothman Ford, will run from 6 a.m. to 7 p.m. and will include live TV broadcasts and Facebook Live streaming. It will also include matches and challenge hours that will unlock additional funding from Toothman Ford for the hospital.

Participating Nexstar stations include WBOY in Clarksburg; WDVM in Hagerstown, Maryland; WOWK in Charleston/Huntington; WTRF in Wheeling/Steubenville, Ohio; and WVNS in Bluefield/Beckley. Those interested in donating to WVU Medicine Children’s during the Mediathon can call 1-833-279-8505, text WVUKIDS to 51555, or visit OneDayforKids.com.

“It is both an honor and a privilege for the Nexstar Media Group to partner with WVU Medicine Children’s to host this year’s Mediathon,” Tammy Heitz, local sales manager at WBOY-TV, said. “We are extremely excited about the partnership that we have formed with WVU Medicine Children’s and look forward to taking this event to new heights, making miracles happen for kids across the great state of West Virginia.”

The WVU Day of Giving begins at midnight on Nov. 13 and will run until 11:59 p.m. to allow for donations to be made for a 24-hour period. The WVU Foundation, the non-profit organization that receives and administers private donations on behalf of the University, is leading the online fundraising effort as an easy way for University supporters to contribute to its initiatives, including WVU Medicine Children’s.