One to grow on: First brick in place at new WVU Medicine Children’s Hospital

MORGANTOWN, W.Va. – Under most circumstances, the placement of one brick in a multi-million dollar structure would not be big news. But when the brick is part of the new WVU Medicine Children’s Hospital, it becomes a lead story. The brick, laid Jan. 21 by Children’s Chief Operating Officer Amy Bush, B.S.N., M.B.A., R.N., C.N.O.R., represents another big step in the completion of a facility that will change lives throughout the region. 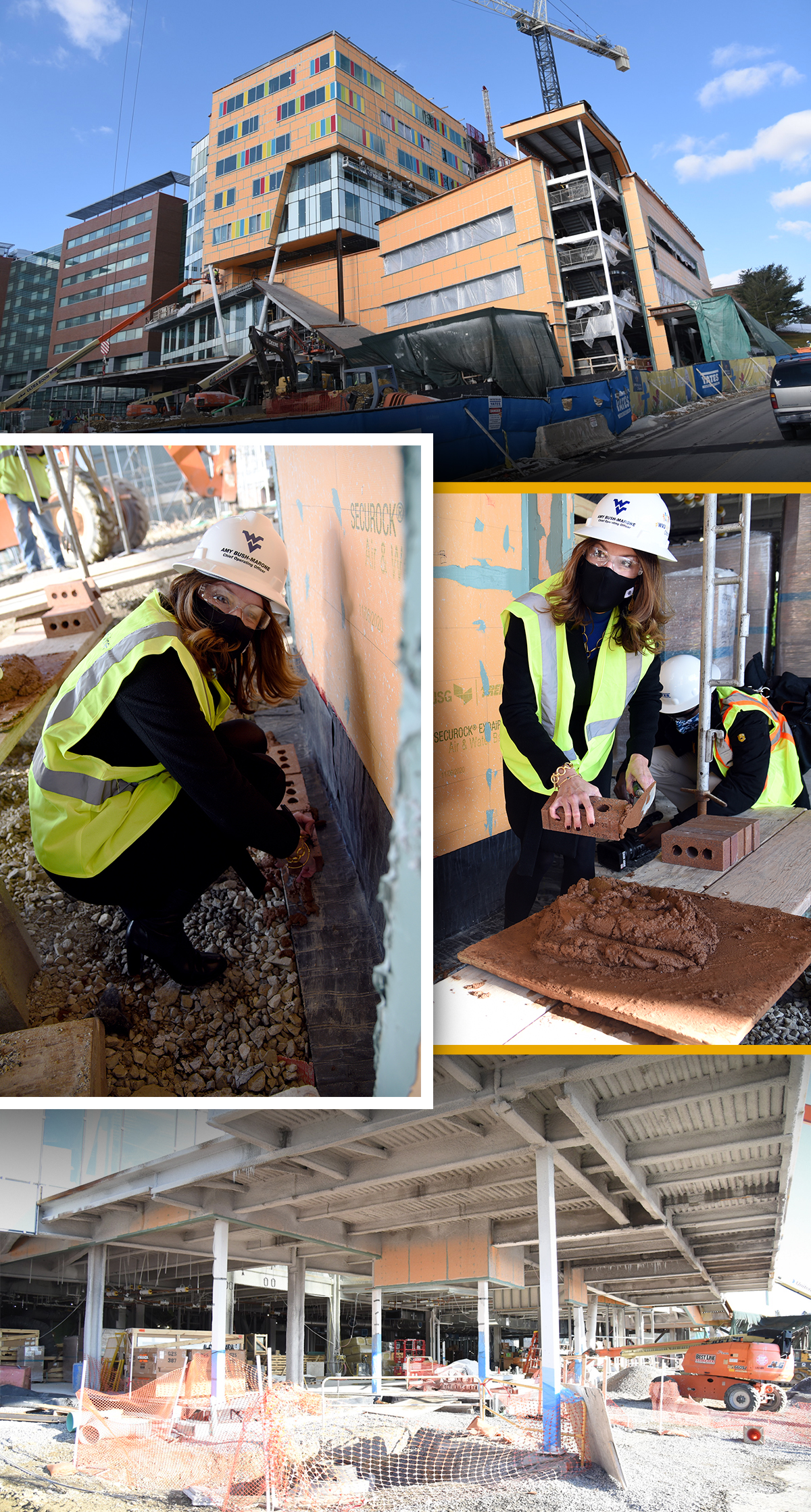 “This week is an exciting week for us here at Children’s Hospital because we’re enclosing our building,” Bush said. “We’re beginning to place the final touches on the building, which is actually placing the brick in all the spots that aren’t glass and colored windows. It’s very significant to be finishing the outside of the building and then continuing on with our work inside the building.”

The brick work will be finished in a few months, its pace dictated by the weather, Bush said. The new nine-story hospital, which features both state-of-the-art technology and world-class amenities, is on schedule to be completed by summer.

“The building is being done in various phases, so if you were to take a tour of the building, you would see some of the rooms built out, you can walk in them,” Bush said. “We’ve got some dry wall starting in the building already. We’re on track for this summer, and we’re super excited with that.”

In addition to a spa-like Birthing Center, the 150-bed WVU Medicine Children’s Hospital will include:

Also in progress is fundraising for the building, which recently passed the $56 million mark of the $60 million campaign. There will be more fundraising opportunities in the coming months, including WVU Medicine Children’s annual Mediathon, a tie-in with West Virginia University’s Day of Giving in March.

“And certainly, different folks have fundraisers in honor or in memory of folks who were special to them, so it’s never too late to give to the project,” Bush said. “We’re continuing on the path to reach our goal, and we’re very appreciative that people still think of us and want to support us during these trying times.”