Our thoracic surgical team uses the latest surgical techniques, including minimally invasive procedures and robotically assisted procedures, to focus on problems that involve the airway, chest, and esophagus, including:

Our thoracic surgeons also use the latest in screening techniques and surgical procedures, including:

WVU Medicine performed the first POEM procedure in the state of West Virginia.

The POEM is an incisionless procedure performed by an endoscope (a thin flexible tube) which is passed through the patient’s mouth into the esophagus. Using a blade on the end of the scope, an incision is made in the lining (mucosa) of the inside of the esophagus and the scope is passed through into the space created between this mucosal layer and the muscular layers of the esophagus. The surgeon cuts away some of the muscles that encircle the esophagus, lower esophageal sphincter and stomach, relaxing the pressure on the esophagus and allowing food to pass into the stomach with less resistance. The small incision is closed using endoscopic clips, and the endoscope is withdrawn from the patient.

The POEM procedure is done to treat the following disease:

Achalasia usually develops slowly, making it harder for you to swallow food and beverages. It’s caused by loss of the nerve cells that control the swallowing muscles in the esophagus. Why these nerve cells degenerate, however, isn’t known. Although achalasia has no cure, symptoms can be controlled with treatment. In rare situations, achalasia results from a tumor.

Symptoms of achalasia develop gradually. As the esophagus becomes wider and weaker, you may have these symptoms:

If  you are experiencing symptoms of Achalasia, talk to your primary care provider or call (855) WVU-CARE for an appointment.

WVU Medicine has the only physicians in the state of West Virginia and the surrounding region, that are trained and certified to preform the TIF Procedure.

What is the TIF Procedure

The transoral incisionless fundoplication is a minimally invasive treatment for gastroesophageal reflux disease (GERD) that is performed in the outpatient setting. The TIF procedure is performed from inside the patient’s stomach without incisions. This procedure delivers patient outcomes similar to those provided by conventional ARS procedures, but is less invasive, has fewer adverse effects, and does not limit future treatment options. Following the principles of ARS, the TIF procedure repairs the anti-reflux barrier by reducing a hiatal hernia (≤ 2 cm), and creating a valve 2 to 4 cm in length and greater than 270 degree circumferential wrap, thus restoring the dynamics of the angle of His.

A Less-Invasive Approach to Fundoplication

During a TIF procedure, the patient is placed under general anesthesia so that the EsophyX device, used with a flexible endoscope, can be gently introduced into the stomach under constant visualization. The endoscope and the device are retroflexed and a helical retractor is engaged into the tissue slightly distal to the Z line. The fundus of the stomach is folded up and around the distal esophagus utilizing the tissue mold and chassis of the device. After locking all the tissue manipulating elements, an integrated suction apparatus is activated to gently grasp the distal esophagus and position it in the abdominal cavity distal to the diaphragm. H-shaped SerosaFuse fasteners, made of polypropylene with strength equivalent to 3-0 sutures, are then delivered through apposed layers of esophageal and fundus tissue to anchor the repair. This process is repeated to create a full thickness, partial circumference, gastroesophageal fundoplication. Approximately 20 fasteners are implanted during the procedure to create fusion of the esophageal and fundus tissues and form the valve.

Evolution of the TIF Procedure
The TIF procedure that is currently performed in the United Sates is the result of several iterations of development. The original variation of the procedure performed early in U.S. experience, and predominantly in Europe was known as endoluminal fundoplication (ELF). This first generation procedure was developed to assess the feasibility of the approach, and was designed–first and foremost–to demonstrate safety and efficacy. At the time, investigators were concerned with placing fasteners through the distal esophagus and elected instead to create gastro‐gastric plications distal to the gastroesophageal junction. After experience was gained with the first generation procedure and devices, subsequent iterations of the technique were pursued to more closely replicate the principles and outcomes of traditional surgical procedures.

If you’re suffering with GERD or are experiencing symptoms of GERD, talk to your primary care provider or call (855) WVU-CARE for an appointment.

Gastroesophageal reflux disease (GERD) is caused by a weak muscle in the esophagus called the lower esophageal sphincter (LES). This muscle acts as a one-way valve, allowing food and liquid to pass into the stomach while preventing backflow into the esophagus. When the LES weakens, harmful stomach acid and bile can flow in the wrong direction and cause damage to the esophagus.

More than 20 million Americans are currently taking medication to control their gastroesophageal reflux disease. About 40 percent of patients on medication for GERD still have symptoms. While medications can often provide some relief, they do not treat the muscle weakness that causes GERD.

Heartburn is the most common symptom of GERD but not the only one:

The LINX device, roughly the same diameter as a quarter, is a small, flexible ring of magnets that opens to allow food and liquid to pass down and then closes to prevent stomach contents from moving up.

How is LINX implanted?

LINX is implanted using a surgical technique called laparoscopy. This technique uses small incisions in the abdominal wall to access the area around the esophagus where the device will be placed.

When can I start eating normally again?

Patients are encouraged to return to a normal diet as quickly as can be tolerated. This helps the body adapt to LINX.

When can I return to normal physical activities?

Patients are generally able to return to nonstrenuous activity within a couple of days.

Will I be able to belch or vomit with LINX?

LINX preserves normal physiological function so you can belch or vomit as needed. The titanium beads open and close to let food down, and if it needs to come up, it can.

How long will LINX last?

LINX is designed for a lifetime. The device is constructed of titanium, and the permanent magnets mean LINX will be working for you for the long haul.

Diana explains how after 15 years of chronic cough and reflux, Dr. Ghulam Abbas of the WVU Heart and Vascular Institute helped her find relief with the LINX Reflux Management System.

If you’re suffering with GERD or are experiencing symptoms of GERD, talk to your primary care provider or call (855) WVU-CARE for an appointment. 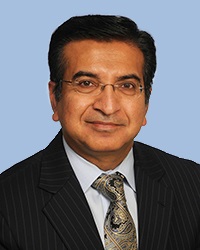 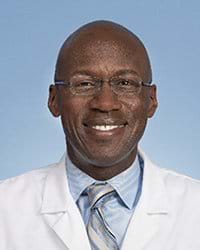