Schedule a visit or make a referral

Mark Lee, MD, Chairman of Neurosurgery at the WVU Rockefeller Neuroscience Institute, is a pioneer of pediatric epilepsy surgery. Dr. Lee explains how he advanced epilepsy treatment and gave hope to many families by creating epilepsy surgery for children. 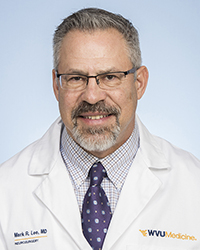 Mark R. Lee, MD, PhD, a nationally and internationally recognized pediatric neurosurgeon, leads the Department of Neurosurgery at the West Virginia University School of Medicine. Dr. Lee specializes in conditions such as epilepsy, Chiari malformation, brain and spinal cord tumors, hydrocephalus, spasticity and spina bifida. He previously served at Dell Seton Medical Center at The University of Texas, Austin, and as the Allen Distinguished Chair in Neurosurgery at the Medical College of Georgia, Augusta.

While at The University of Texas, Lee’s efforts and leadership in pediatric neurosurgery and epilepsy resulted in the development of one of the largest pediatric epilepsy surgery programs in the country, and the use of many innovations and new technologies such as robotics and stereotactic laser thermal ablation.

Lee is included, annually, in the prestigious listings of Best Doctors in America and America’s Top Doctors. He is board-certified in neurosurgery and pediatric neurosurgery, and obtained his medical degree and doctorate degree in neurobiology at the University of Chicago Pritzker School of Medicine. He completed residency training and a pediatric neurosurgery fellowship at New York University, as well as an epilepsy surgery fellowship at Medical College of Georgia. He also earned a master’s degree in business administration at the University of Texas at Austin’s McCombs School of Business. and get regular updates emailed directly to your inbox such as: